Mackay said it was selected to be part of the team to support Thales Canada in its role as Tier-1 Partner to Seaspan Shipyards and as Electronic Systems Integrator for the construction of these vessels. Thales is responsible for the selection, procurement and integration of electronic systems and equipment, which includes radar, communications, bridge and mission systems.

“In light of the unprecedented circumstances surrounding COVID-19, Mackay Marine certainly stepped up to take on additional responsibilities to ensure that this vessel will be successfully delivered to the Canadian Coast Guard,” said Jerry McLean, Vice President & Managing Director, Thales Canada – Defense & Security.

The vessel will be prepared for delivery to the Coast Guard and will then sail to its home port in St. John’s, Newfoundland and Labrador. It will join in-service CCGS Capt. Jacques Cartier OFSV2 (stationed on the East Coast), and CCGS Sir John Franklin OFSV1 (stationed on the West Coast). The missions of these ultra-high-tech research vessels will enable fisheries and oceanographic scientific research, marine ecosystem assessment, impacts of climate change, fishing and acoustic surveys, and more. These vessels can also support environmental response or search and rescue missions. 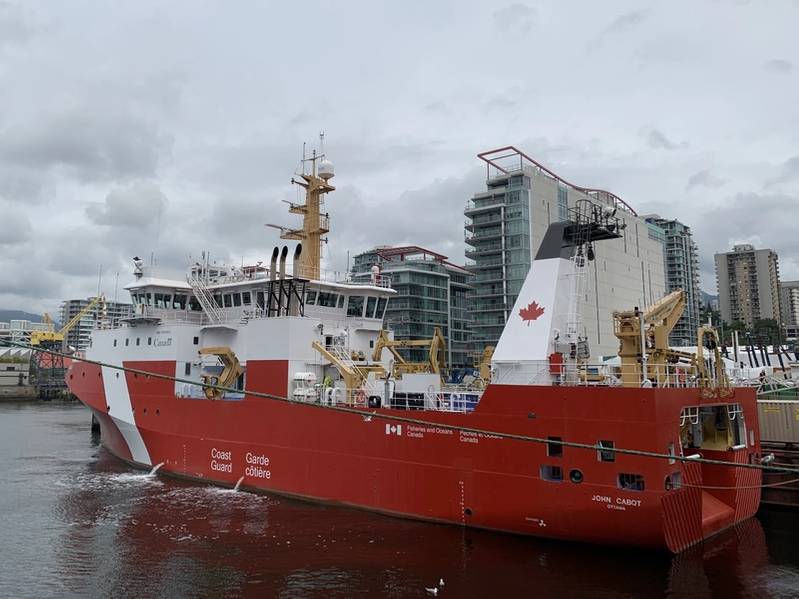